One of my favorite blogs is “Life Without a Net”. Hambydammit has a wider scope than mine, but he still covers sex and attraction every so often and is always insightful. The full post is here, but I found this section on Sex Rank a great example;

“One of the unfortunate realities is that change happens in relationships. I remember a couple I used to know. Bob was an underachieving handyman and Joy was an obese receptionist. (Yes, I’ve changed the names.) For whatever reason, Joy got a surge of determination and spent the better part of two years in the gym. She read everything she could find on nutrition, changed her eating habits, and worked out. And worked out. And worked out. After dropping a hundred and fifty pounds, Joy was a very attractive woman, and she knew it. During the same time, Bob had done nothing to improve his value. Within six months, Bob and Joy divorced, and Joy started dating an investment banker.

When Bob and Joy got married, they believed they had comparable value. Bob didn’t like working too hard, and knew (either consciously or unconsciously) that he probably wasn’t going to land a hottie. Likewise, Joy was aware that she was obese and wasn’t going to land a top tier man. They each “settled” for the other based on their perception of their own “buying power.” When Joy got a serious boost to her value, she quickly realized that she could upgrade, and so she did. (Poor Bob… I remember him telling me how lucky he was that he was married to a hottie. Social and emotional intelligence are very important, and he just didn’t have either.)”

This is all a perfect example of how divergent Sex Rank (aka “your number out of ten”) can destabilize a relationship. From my point of view, what I’m actually advocating on this blog is finding ways to improve your own Sex Rank by self improvement and getting better at both the Alpha and Beta skill set, and purposely destabilizing your relationship with your wife by trumping her Sex Rank. Women can of course easily add an extra point or two to their own Sex Rank by simply being more excited in bed, having sex more often and generally riding your disco stick on command. Having a high sexual interest and drive is sexy in and of itself, it’s just assumed for men, but thought to be variable for women. The same wife that’s a 6 when she puts out twice a month is a 7 at twice a week, and an 8 at “whenever and however you want me”. Giggty giggty alright.

Of course if her Sex Rank starts to trump yours, well you got nothing.  Women really can turn on you and screw you for everything that isn’t nailed down and walk out on you. In the quote above that was clearly Joy’s plan for the two years it took to play out her exit strategy.

Of course if your Sex Rank goes up with your effort, and hers stays the same and she doesn’t turn into Miss Sugarpussy on you… well you’re going to be getting a lot better attention from other women. Over the long term, men who basically apply themselves to any sort of career and personal development, become sexier than the women do. A 20 year old man is over shadowed by the raw appeal of a 20 year old woman. At 30 it’s more balanced. A 40 year old man generally has far more appeal than a 40 year old woman. All things being equal a single 40 year old man can date and marry with ease, a 40 year old woman is well past her expiration date. As this smart woman found out, and she explains how she is stupid….  (she says some magic Sex Rank numbers around the 1:20-1:40 mark)    Hat Tip: Whispered Between Women 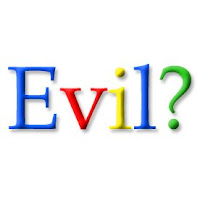 Now I’m sure there is an element of evil in my advice to boost your Sex Rank higher than your wife to purposely destabilize the relationship. But it’s reality at work. If you’re a 6 and go to 7, and she’s still a 6, all she has to do is turn up the sex on her end and she turns into a 7.

Of course she can decline to do that, but obviously thats going to put a strain on her relationship. I think I don’t need to belabor the point that a 35 year old moderately attractive woman who doesn’t put out all that much, married to a sexy 35 year old man, is running some serious risks of losing him. Whether that’s divorce or cheating who knows, we might all wring our hands and call him bad names, but no one would be surprised if it happened.

Women love their men to be sexier than them, and they respond with extreme sexual interest to those men. As I said earlier;

“Women on the other hand, have a huge investment in bearing and raising children. She gets only a few good shots at getting this done, so she is wired to be far more choosey about partners. A common misconception is that women are wired to be “good girls” and interested in only monogamy. However what they are actually most interested in, is hypergamy, or as better known, “marrying up”. Women want the best partners they can have.”

So yes, there is an implied threat that if you become hotter you might leave your wife or cheat on her. Personally I think that adding more than a couple of points to your inate Sex Rank is extremely hard – if you’re a natural 6 getting to 7 is some effort, getting to 8 is quite hard, 9 is just out of reach without someone else footing the bill or being on a reality TV show to make you hot and 10 isn’t even on the cards at all.
Far more likely though if you get hotter than her, is it’s just going to make her hypergamous instinct kick in, and she’ll find herself deeply in love with you and extremely interested in making sure you don’t leave the house weighed down by extra semen…
… you’re welcome.