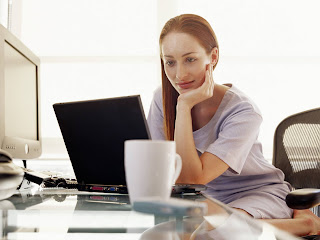 Stephen in the comments of an earlier post…
“I am surprised that women follow your blog, they seem to post about half the comments.”
I’m not surprised at all, I’m hot. The ladies love me.
Seriously though, I’d be a little concerned if I didn’t get female readers. If I can’t get female readers, it kind of calls into question my overall approach to women don’t you think. Besides much of what I say does apply just as well to women as it does to men so they do gain things to use as well, but a few things are different, so no apologies for aiming directly at the men. Also my natural writing voice is far better suited to a male publication than a female or neutral publication. I’m Maxim rather than Working Mother or Better Homes and Gardens.
There’s also the effect of the wife finding the blog first, liking it, and subtly tossing it under her husband’s nose to start trying to change him for the better. Women tend to want a better man, men tend to want better sex. My killer app is to suggest that being a better man gets you better sex, but I sell it to the men as some sort of cunning trick to pull over on the women. (Just play along and flip your hair a little ladies. You go girl, Bend and Snap!)
Female readers have been part of my plan from the beginning, but primarily by the subtle neg of not directly addressing them and directing the writing towards the male reader, but by also purposely giving women what they want along the way. In a sense the entire blog is Game. At some point you just have to tear off the lid and state boldly that you’ve been trying to get into their pants all along.
Also I do quite genuinely like women though and I think that shines through. Well mostly I like cleavage, but you get the idea.