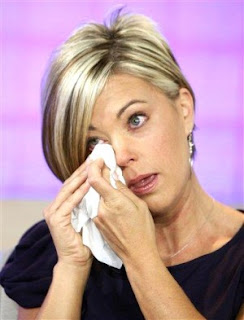 Most Fitness Tests (aka Shit Tests) your wife will toss at you come in a few standard variations that are seemingly easily spotted, but they also come very close to things that aren’t Fitness Test at all. So the trouble is figuring out which is which. You can mess up just as fast by failing a Fitness Test as by bumping back on her on something that wasn’t one in the first place.
Importantly most times the woman isn’t even aware of the testing nature of what she is doing, so there’s no easy way to just ask her what’s up either. If you happen to get tangled up with a woman that is consciously testing you and gaining some kind of pleasure from it all, it’s about the worst red flag there is. Stick around in that sort of relationship long enough and you’ll end up listening to her having sex. Avoid.
So anyway, some basic Fitness Test variations, coupled with things that aren’t tests…
The Small Request Test – “Hold my drink / bag / place in line”. You just complied and became her help. So it’s a step down in your social value in her eyes. You’re waiting on her. Plus you look like a chump holding her bag and a Cosmo. She’s not back yet huh… I think she was talking to that guy over there…
The Small Request Non Test – A request to perform a small task that you have natural advantages over her on. For example Jennifer is very short and I am very tall, so when she asks me to put away something in the kitchen that goes away very high in the cabinets, it just makes sense that I do it rather than her. Periodically Jennifer is injured by attempts to put away heavy items high up that fall back down on her. I actually get testy at her for not asking for help sometimes.

The I’m A Cute Girl Test – A request to comply with something simply because she has asked for it in a coy seductive manner and being a boy you are powerless before potential pussy. There’s usually some sort of inflection of voice that tips this off. The request is usually an attempt to get out of doing something or avoid consequences. Usually it’s best not to comply and find a way to get her to do it if she is perfectly capable of it.
The I’m A Cute Girl Non Test – This is a reasonable request, but comes with a quite purposefully aware display of sexiness. She’s purposely using the request as an excuse to be sexually playful with you and display her interest in you. The question / request is just a cover for it. Jennifer tends to have an almost comic approach with this and sometimes loads up a Small Request Non Test with a dose of CFM coyness.
The I’m Getting Emotional About This Test – As soon as a woman finds out her tears are your Kryptonite you’re in deep dodo. Don’t respond to her drama and hysteria over minor things. Sometimes this is tied into her menstrual cycle, but typically the women that reach for this tool use it an awful lot. After a while the entire relationship gets run based on her minute to minute mood. She is unhappy about X so you must do something about X right now. Now she’s unhappy about Y, why can’t you fix Y? Z also displeases her. The more you cater to her the worse it gets until eventually she becomes the unhappiest woman in the world and you are near death from exhaustion.
The I’m Getting Emotional About This Non Test – This is when something really does happen that isn’t trivial or minor and she’s upset. Everyone has a crappy day once in a while, as long as she’s not making a lifestyle of it, you should be standing in, standing up, or standing with her during these moments. The key here is not to try and bail her out of a bad situation and solve her problem for her, but to be present and available to her to aid in solving it herself. Sometimes you just gotta let them cry it out for a bit.
The Badly Inconveniencing You Request Test – This is where she asks you to do something that would cost her little of her time, but costs you a lot of yours. So “can you pick up the girls from school today” when school is five minutes round trip from home on a work from home day for her, while you have to leave work early to get to the school on time. That’s a big test. Just say no.
The Badly Inconveniencing You Request Non Test – This is when yes indeed this is going to screw your day, but if you don’t help out she is going to be royally screwed. So today the kid is sick so someone has to stay home, but today she has that presentation thing and that meeting with her boss. So you save her with your best smile.
The Sexual Denial Test – You can’t have any sex from me because… [insert statement of accusation of what you did or did not do]. This is just cruel and really eats away at the relationship. Personally I’d just reflect that verbally back to her and say that it’s dirty tactics. The other version is simply saying they don’t feel in a sexual mood, it’s not you… just that they don’t feel sexy or sexual anymore. At this point you start talking about visiting doctors.
The Sexual Denial Non Test – She is feeling acutely ill, or having her period, or cramping, or is just physically exhausted. Basically her body is not going to be terribly cooperative with a bouncy bouncy session today. As long as this is a usually temporary issue that does resolve in a day or two, it’s not testing behavior. It starts going on and on, then it’s doctor time.
The Not Responding To Your Calls Test – You’re calling and texting her and she’s basically blowing you off. Can’t find my phone. I’m kinda busy. I’m dancing to my favorite song. I can’t text with a drink in my hand. I’m just dancing. The whole Lady Gaga “Telephone” BS. Slap this shit down asap.
The Not Responding To Your Calls Non Test – She’s in a meeting. She’s driving and there’s a cop behind her. She’s been kidnapped by pirates. Once Jennifer accidentally blocked my cell phone number on her phone in the middle of an very positive and happy week in our marriage… I was very close to a slap that shit down approach to that one before we figured it out.
The Remodel The House Test – The house is actually fine and isn’t broken. But she somehow needs something torn out and rebuilt and more expensive and fancy. Doesn’t add much value if any.
The Fix The House Non Test – Something in the house is broken. Usually best to just fix it. Upgrade if it’s a good idea and adds value.
So anyway, those are some starters. Mostly it’s all about knowing what is appropriate “playing as a team” and what is simply seeking to use you. It’s your job to sort that out. It’s okay to make a few mistakes along the way, you just can’t get into a losing streak where she endlessly wins over you.