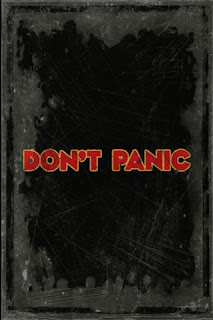 Hi Athol – I have a quick question hope you don’t mind,my next door neighbour is having her house renovated and at anytime over the last 12 weeks and probably for the next 12 weeks she has had different builders there.
Now my wife has gotten quite friendly with one of them in that she chats to him (no harm I think). But she has made comments such as they have real mans job (ie builder),my reply was at least I earn more than them.
She makes comments such as Mr. X says such and such most of which I ignore. However she tends too speak to them a lot more when I am not around, maybe they talk more to her when I’m not around. She seems to do lots of jobs outside the house when they are here.
Should I be worried or just ignore the whole thing? A lot of this started when you were writing about infidelity so I started getting a bit paranoid.
Hi there,
The good news is that your wife is talking openly about this guy, so unless she is a master of deception and playing a “hiding in plain sight” game, she’s not actually doing anything physical with this guy or likely even thinking about it in a practical sense. Cheaters have an enormous need to hide the relationship because they know it is wrong.
The less fun news is that yes she is attracted to him. I think the talking about him, talking to him and getting outside and finding opportunities to be proximal to him are all positive signs of interest. Attraction isn’t a choice, just like you can’t help but turn your head and take a second look at a hot babe, Mr. X is just around and she’s attracted to him. And yeah that is an uncomfortable feeling.
You can’t just come out and say you’re threatened by him because that’s a weakness display and tends to imply that he is better than you. You also can’t tell her that she’s being inappropriate because most likely she will just hear you calling her a slut and get very defensive and angry at you… and then that puts the idea of cheating in her head as well.
I would suspect that Mr. X is probably in better physical shape than you, so that is one area to work on improving in yourself. If he’s good looking then it’s just natural biological attraction at work here, so you need to combat that with having you look as good as you can. This is all just normal behavior at work.
Also it sounds like Mr. X is just engaging her in conversation… is your wife just bored? So the solution is for you to find ways to engage her and keep her busy and occupied. And hanging out and cockblocking doesn’t hurt either. Don’t just arrive and give her gifts, do something with her.
The most concerning news is the tone of contempt for you that I think I heard in the statement that “they have a real mans job“. I think you should bump back on that. Don’t just say you make more money, tell her that’s a shitty thing to say in front of her husband and just glare her down.
And oh yeah I get the paranoia thing. I read so many freaking horror stories that it gives me the paranoia sometimes too. So don’t go too crazy about the current situation, just take it as a wake up call that things might have been slipping a bit on your end. If you start seeing her make changes in dress, suddenly working out, clamming up about him, sneaking about, or her establishing a relationship with him beyond “over the fence” (i.e. email, calls, texts) then you’re going to want to step it up and become more aggressive. In theory this guy is totally gone in a few months anyway.
So attraction in and of itself isn’t wrong for her, but her taking action on it is.  So for now, the battlefield you fight on is the attraction battlefield. So don’t draw attention to him, try pulling her attention on to you.