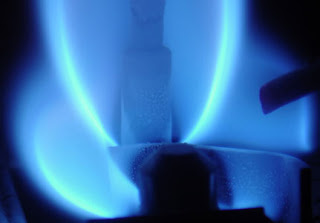 Following on from the day before yesterday where the scenario is (1) she wants you out, and (2) there is no other man in the picture – which is NOT a guarantee just because she has stated no one else is involved – and (3) the cause of the problem is largely your lack of attention at holding up your end of the deal in the relationship.
One simple thing that you can do each day to keep love alive, even when things are very bad between you, is what I call a Pilot Light move.
The idea is you perform one small act of service for her each day as an intentional act of love, and in doing it for her, she receives it and acknowledges your motivation for doing so is love. Also the act of service isn’t random, ideally she tells you what that act would be that she would appreciate.
The act of service can be as simple as; make her a cup of coffee each morning, buy her a flower each day, write her a note of thanks for something, clean the kitchen counter off before bed at night, spend five minutes just listening to her. And yes indeed all this sounds very Beta.
The point is that when her interest in you is so low that she’s just thinking about leaving you, you’ve somehow screwed up in multiple small (and large) ways how you relate to her for a very long time. By asking her exactly what it is that you can do that wouldn’t be screwing up in relating to her, you ensure that you find if nothing else ONE small way to get it right.
Sometimes the core problem is not that you don’t love her, but that the way you try and express it doesn’t hit the buttons she wants hit for her to experience feeling loved. It’s the same sort of thing where she thinks by her matching the couch cushions to the curtains that it makes you feel loved. You probably don’t even know that they match. Seriously go look, they match, she did that on purpose because knowing that they match makes it easier for her to orgasm when the lights are off and she’s in a totally different room. And you being a great lug don’t even act like you care about them. Bastard.
What you’re doing here is taking control of the situation and basically saying, “give me a shooting fish in a barrel easy target that I can hit and I’ll hit it”. And then you hit it. It’s not a magic bullet, it’s just about making her believe that the marriage can change and things can get better.
It’s that “help me, help you” Jerry Maguire moment sort of thing. Marriage is cooperation. If you can’t play as a team, you’re going to have a slump, and you can’t get out of a slump unless you play as a team. The Alpha aspect of the move is framing yourself as the leader of the team.
So anyway like I said, it’s no magic bullet. It’s about making a turn around in the direction things are heading and buying a little time to get some of the other Alpha and Beta trait things in place.
And when you do your little act of love, don’t stand around like a lost puppy waiting to see her reaction. Just do it and move on with your day. It’s meant to just roll around in her head and be a positive mindfuck sort of thing. Also importantly it’s a small act of service, not some grandiose thing. Check out why you should give her skittles and not something huge like jewelry.
When she admits that this is working for her, you tell her you want to try one more little thing to turn it around… The Ten Second Kiss.