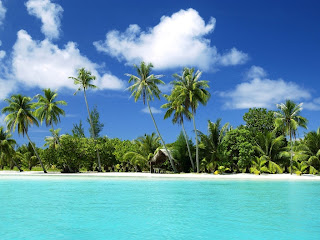 A snippet from a reader email…
“In April she went on a girls weekend to some tropical island. While she was down there she met some guy at a bar, they had sex, the next night they got together again,and did it again. When she got back we, did not talk for a week, when we did I got the “I love you, but I’m not in love with you” talk, she said she wanted a divorce.”
I’ve seen this “off for a party” vacation effect in reader emails and on the Talk About Marriage boards a number of times now. If things aren’t right between you, her going off for a party vacation, even with friends is a very bad sign.
Check into what is really going on both with the trip and with what is happening with each other. It’s far easier to put a marriage back onto the right course before cheating happens than after it.
Note: This post has been heavily edited since initial posting, many comments no longer have the original context and have been removed. My apologies to those who contributed and were removed.