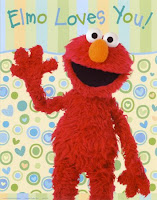 I’ve finally figured the Nice Guy thing out and why it’s such a trap as a relationship strategy. I’ve not talked about Prisoners Dilemma as a framework for a while, so you can read my longer earlier post on that topic, or just plow ahead with this one.
So assuming a basic “Nice or Mean” matrix between a husband and a wife for say completing basic household tasks that need to be done, the matrix would look something like this…