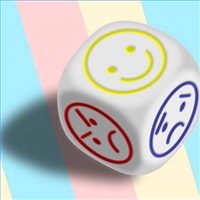 To many men, women are frighteningly random creatures. One day they are fine, then the next mad, then horny, then sad. It’s confusing to find something that worked with her on one day, totally backfired on a different day. The answer possibly lies in not anticipating the effect of her menstrual cycle.
I work with a lot of women and after a while if I pay attention I can start telling where they are in their cycle based on the variance in mood and appearance over time. The ones on birth control are easy because my wife is on it too and I just think of them as ahead a week or whatever relative to my wife’s cycle (which I track in my planner).
It’s not as strong of an effect if they are on birth control, but it is there. Ovulation is a subtle effect, one week they come in rocking a slightly sexed up version of themselves – it’s a slightly lower cut top, the extra sheen on the lipstick, the earrings they like. Ovulation means “I spent an extra ten minutes on my appearance today just because I wanted to”. Then the next week they are a little more snippy and easily annoyed. The week after that they are “headachey”… because obviously they aren’t going to announce they are cramping up because they are on their menses to a male coworker lol. The week after that they are back to “normal” and then the cycle repeats. It’s really not rocket science to figure out where she is in her cycle if you have frequent contact with them.
I suppose I could use this information for evil, but I tend to just use it to influence my decision matrix; lets do lunch vs giving you space vs I have Motrin vs lets really push and get this done. It just makes it smoother and easier to get along. I don’t have an Excel spreadsheet of this stuff or anything creepy like that (that would make for an awkward meeting in Human Resources lol), it’s just noticeable to me these days.
I once had someone drive ten miles out of her way to bring me a bagel because I was hungry. Lower cut top, chatty as all get out, full hair takedown shakeout and redo in front of me. Ok… I really can’t tell a lie on this one…. I really like this sort of treatment lol. I tried to finesse a repeat bagel delivery the following week and was told I needed to find my own damn lunch. Week 1 Ovulation, week 2 PMS. See how that works?  I just notice it better now.
Women have a predictable cycle of generalized mood and interest, but most men never bother to learn it and just think women are random. If you play hard Alpha on a women with PMS it usually backfires, if you play soft Beta on an ovulating woman it usually backfires. If your wife is ovulating, playfully chasing her, escalating to a tickle fight and trying to pull her pants off might work a treat. Trying the same thing on her when she’s PMSing… probably not so much. The same thing in the middle of her having her period is going to be… funky.
Variance in approach in a LTR is a key skill.